In June, DOCCS hosted its annual Memorial and Medals Ceremony honoring those who lost their lives in the line of duty, and recognizing staff who went above and beyond the call of duty in 2021. 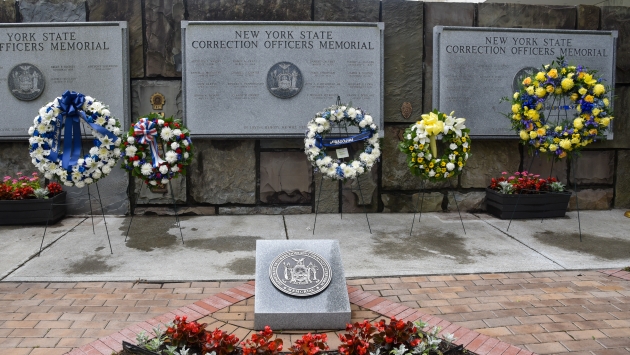 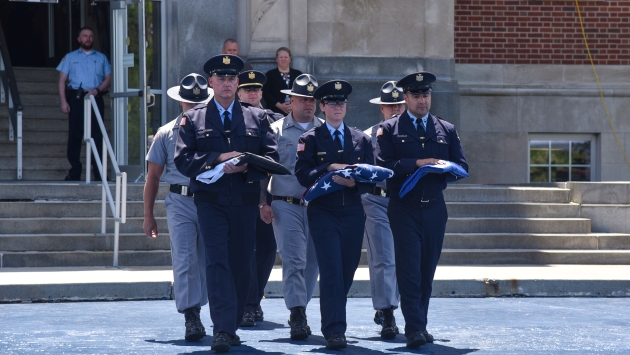 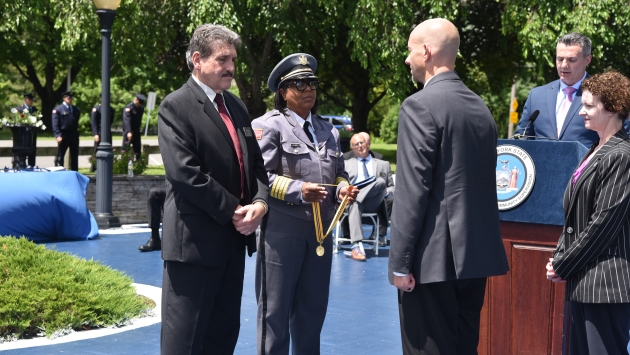 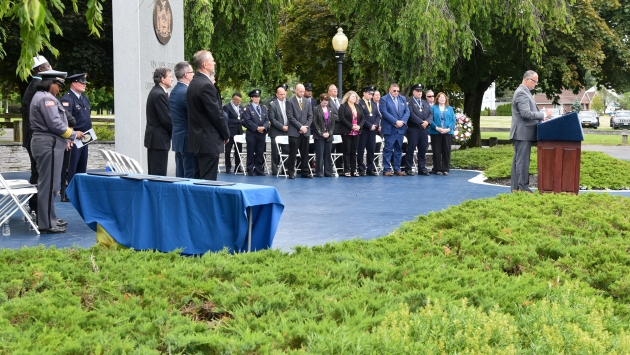 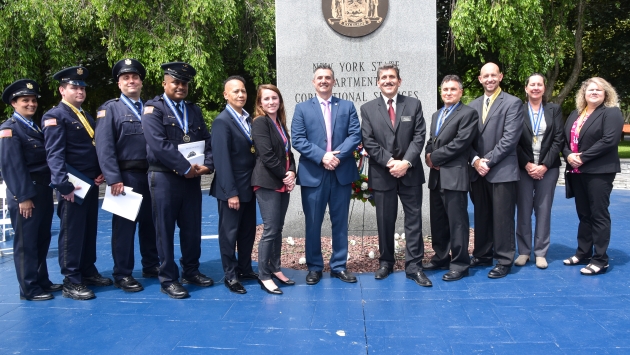 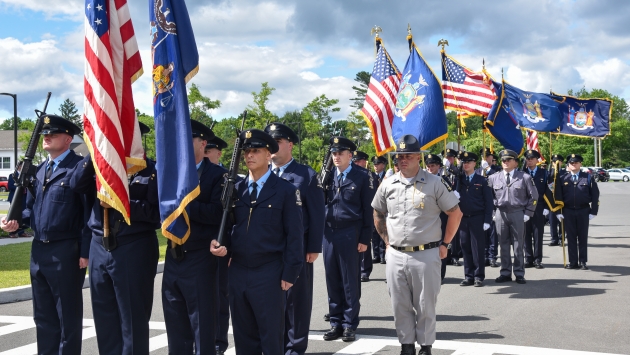 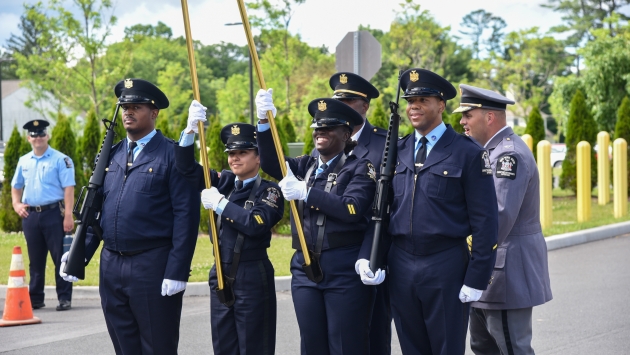 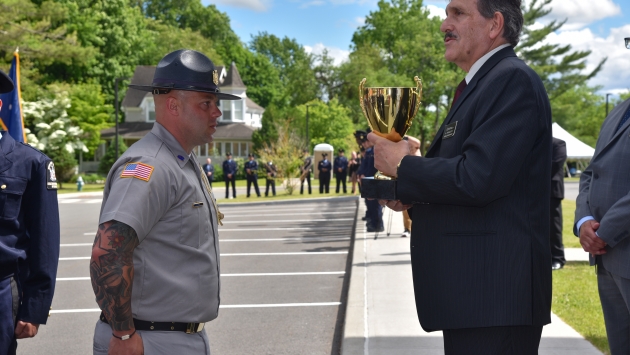 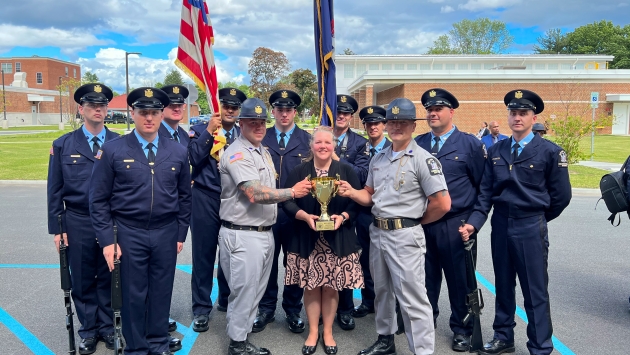 Memorials at the Empire State Plaza Memorial Park honoring Parole Officers and Correction Officers who have died in the line of duty.

Flag Detail marching to the flag poles to post the colors ahead of the Memorial and Medals Ceremony.

Acting Commissioner Annucci prepares to present Parole Officer Reynolds, joined by Regional Director Anderson, with the Medal of Honor for his actions during an exchange of gunfire between a parolee...

This year's ceremony featured the return of the Color Guard competition.

Acting Commissioner Annucci presented this year's winner with the 1st place trophy. A team representing Training Academy staff and recruits earned the top spot, and the trophy will remain at the...

Congratulations to the Training Academy Color Guard Team for their victory in the 2022 Color Guard Competition!

This page is available in other languages